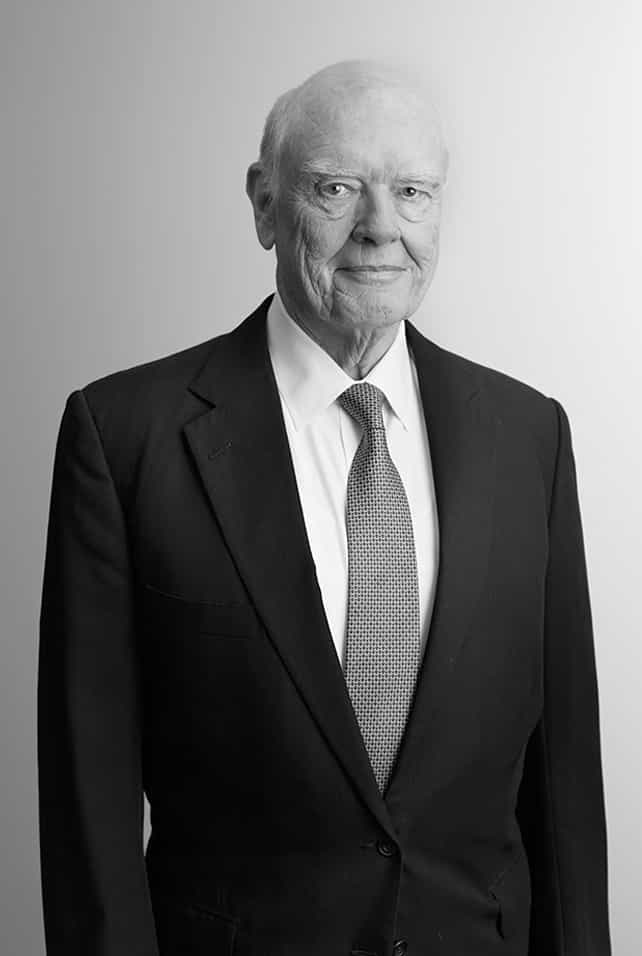 Secretary Snow serves as the Chairman of Cerberus and a member of the Firm’s senior leadership team.

Prior to joining Cerberus in 2006, he served as the 73rd Secretary of the U.S. Treasury in which capacity he led the economic team for President George W. Bush’s Administration. Prior to the Cabinet, Secretary Snow was Chairman and Chief Executive Officer of CSX Corporation, one of America’s leading transportation companies, a position he held for more than a decade. While at CSX, he also played a leadership role in the U.S. business community, chairing the Business Roundtable and serving on the Executive Committee of the Business Council.

Earlier in his career, Secretary Snow practiced law in Washington before joining President Gerald Ford’s Administration in the U.S. Department of Transportation, where he led the efforts to deregulate the transportation industries. Over the years, Secretary Snow has held a number of academic posts, serving as a Distinguished Fellow at the Yale School of Management; a Visiting Scholar at the American Enterprise Institute; a member of the George Washington Law School faculty; and a Professor of Economics at the University of Virginia. He also served on the Boards of Johns Hopkins University and the University of Virginia Darden School. He has served on the Boards of a number of major U.S. companies, including Johnson & Johnson, USX, Textron, Marathon, Dominion Energy, and Verizon; as well as many non-profits, including the Virginia Museum of Fine Arts and the Richmond School Board.

Secretary Snow grew up in Toledo, Ohio and did his undergraduate education at the University of Toledo and Kenyon College. He subsequently received a Ph.D. in economics at the University of Virginia. He also holds a master’s degree from Johns Hopkins University, a J.D. from George Washington University Law School, and numerous honorary degrees.